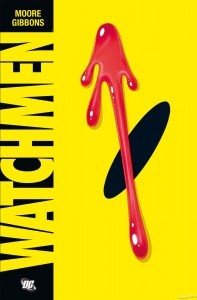 (Well, hopefully you, after this.)

Have you ever imagined a comic book that is serious without being campy and is utterly awesome in spite of it? If not, you should still read this. If you have, then it already exists- Watchmen, by Alan Moore. It’s about a world where masked vigilantes began appearing around the time of World War II, and takes place in 1980s New York.

If you know anything about comic books you’ll recognize Moore. He’s a very popular comic book writer, probably the best out there aside from Stan Lee and Jack Kirby; he’s written celebrated comics such as The Killing Joke (a groundbreaking comic for Batman); V for Vendetta, Swamp Thing, and The League of Extraordinary Gentlemen (though the movie stained Sean Connery’s career.). Naturally, with a resume like that, he’s a weirdo- He looks like an unwashed hobo and worships a snake god. But apparently the snake god does wonders for your creativity.

To give a bit more detail on the story; It begins with the murder of The Comedian, a government-hired and regulated vigilante- or rather immediately after. His body, and more importantly his smiley pin, is discovered and identified by a far odder vigilante known as Rorschach. Rorschach is a psychopath and an outlaw, and the main character of the story; and he has a theory about this- that someone is killing masked heroes. After Adrian Veidt is attacked as well, he delivers a warning to several major heroes- Most of whom are retired. That being said, they don’t believe him- Until the killer comes after them, as well.

Unlike a typical book, there isn’t much prose in Watchmen. It’s a graphic novel; More specifically, it’s a compilation of all the issues released of the Watchmen series. What few monologues there are and the dialogue comprise the meat of the book. However, the style and structure of the story is what makes it enjoyable. One issue of the story is mirrored- The first panel is very similar to the last; The second similar to the second to last, and so on. There is some prose in the form of newspaper clippings, stories, writings at the end of each issue; which are well-written, with vivid language showing that Alan Moore can indeed be a writer outside the realm of the graphic novel. Additionally, there’s much symbolism- a countdown only obvious in retrospect; a side story told in the form of an in-universe comic, and of course the famous blood-stained smiley face, which is shown on the first and on the last panel.

I would recommend this book to anyone who enjoys graphic novels, alternate history, science fiction; And quite possibly superheroes, although there’s only one superhero in the story and he spends most of his time away from earth. There are two things would warn about: The first is the ending; It’s brutal, shocking and appalling, and it convinces you that it’s the best possible ending. The second is the story itself; It’s very explicit, bloody, and violent, and the dialogue tends to range from “psychopathic” to “lewd”. If you enjoy that sort of thing, absolutely give this story a go. 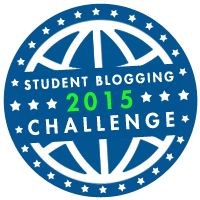